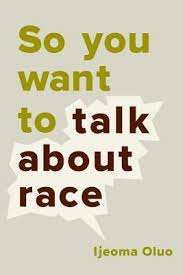 If I were an amen choir, then I would have yelled a resounding, throaty YES! at that statement. In fact, I DO want to know. I think most black women in America, in the world, want to know why everything we do seems to be interpreted as wrong to other people, sometimes even other black people. And that is how I spent the entirety of the book. So many quotes resonated with me that instead of my usual review I’m going to share a few of those amazing quotes. I won’t share them all, because my recommendation is that you purchase this book immediately.